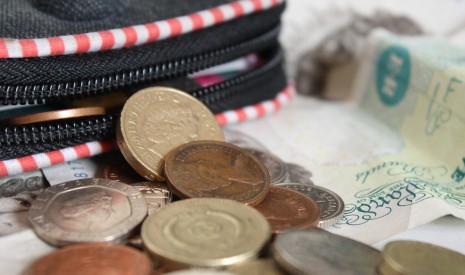 Property prices are almost at their peak prices once again, so after several years of it being a buyers market could we now be looking at a flip in power, with sellers holding the reins once again? In some respects, the recovering property market is good news for buyers and sellers alike, as less property owners are battling against negative equity which means more sellers, and therefore a greater array of choice. But are those golden years of bargain-bagging now behind us? Perhaps not. In some areas at least.

However, this isn’t necessarily an investment for the uninitiated, as residents in the area claim local properties have been firebombed in the past, and that leaving children’s toys outside will undoubtedly lead to them being stolen. It has even been reported that residing in the area is a “living hell” and can be damaging to job prospects. Though others claim the Port Clarence area boasts a real sense of community spirit.

Property for a pound

In another area of Northern England, a couple is celebrating the investment of a lifetime. Having paid just £1 for a property in the Cobridge area of Stoke-On-Trent they have been granted the news that their home is now worth £60k. The full story was reported in The Telegraph.

The couple took advantage of Stoke City Council’s home-ownership scheme, where families with an income of between £18,000 and £25,000 could get their own home for a miniscule deposit. The council invested £30,000 in a loan the couple will pay back over 10 years, and have to live in the property for the next five years. They moved in in September 2014, and already it appears that their home has increased in value.

The criteria for application on the scheme required at least one of the property owners to have a guaranteed 16-hour-a-week work contract. The new property owners, engaged couple Rebecca Dennis and Chris Benn, went to great lengths to ensure they qualified to be accepted for the scheme. Mr Benn worked as a contractor in a car factory so could not qualify, so Miss Dennis took on an extra work contract at the a supermarket despite still being a full time student.

This story is a great example, not just of how a small financial investment can help young families get on the property ladder, but how council investment is helping to rejuvenate areas where property has become dilapidated and uncared for.

The moral of this story? It’s still possible to find a property bargain, even as house prices rise. You just might have to look a little harder.