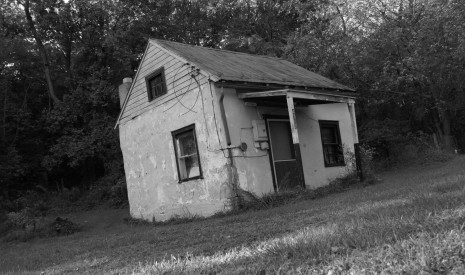 The legalities associated with property are complex and varied; in fact they can be an absolute minefield. Purchasing a property for any reason, from owner-occupier to commercial use and buy-to-let, comes with with its own unique set of regulations. Not following these rules to the letter can result in a fine.

In case you were wondering what sort of things people can be fined for when it comes to property, at MyLocalMortgage we've compiled a few examples from around the world. These examples of property-related fines range from the sublime to the downright disgusting – so don't say you haven't been warned (being unaware of law simply isn't an excuse in court).

Last month, Brent landlord Mr Gareth Kirwan, was fined £2,000 because the property he owned smelt of urine. Despite repeated complaints from his tenants and requests from the council, the landlord failed to make necessary repairs to the the Aylesbury Street property. Tenants complained as soon as they moved in, contacting the Brent Private Housing Services Team in June 2014, stating the smell was so bad in the bedroom it simply couldn't be used. The stench was attributed to a leaking toilet.

Also in West London is landlord Alan Lempriere who received fines and charges of around £25,000 after putting his tenants' lives at risk. He was found to have failed to provide adequate smoke alarms for tenants, not carried out electrical or gas safety checks, operating a house of multiple occupancy without a licence and not maintaining areas affected by mould and damp.

Fined over £70,000 for an illegal house conversion

A property-owner in Ealing who illegally converted a property has had a confiscation order of £66,000 applied. Five years ago and without any planning permission, Dragan Milinkovic changed this property into three apartments, which were below an acceptable standard. He was fined £2,700 and given costs of £4,762 reflecting the council's court fees as well as a victim surcharge. The confiscation order of £66,000 was a reflection of the cash he earned while illegally letting the flats. If this fine is not paid within six month, Mr Milinkovic will face 21 months in prison.

Luke Tran and Quy Hoang of Ontario, were fined $3,000 for replacing the windows of their building without a heritage permit. According to the City of Ontario it is the owner's responsibility to know their obligations in terms of renovations. Similar criteria are enforced in terms of listed property in the UK, so check your obligations before making alterations.

And finally, if you happen to be in the Lake Como area while George Clooney and his wife are visiting their villa, don't be tempted to disturb them. According to reports in The Express, the mayor of Laglio has declared a fine of for those who approach either of Clooney's properties – Villa Oleandra and Villa Margherita. Yes, it is extremely tempting; however, you have now been warned!