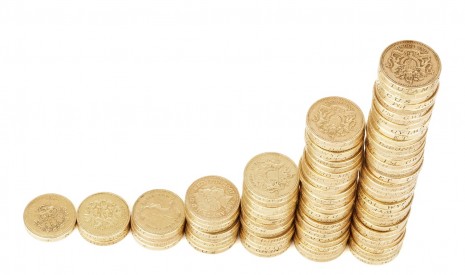 For many people it's the biggest chunk of change they'll ever spend in one go – a property deposit certainly is more than a few pennies. In today's property market, with 90 and 95 per cent mortgages still few and far between, if you want to buy a house you'll need to get your saving hat on. And that could mean making changes to your lifestyle.

Anyone looking to buy a property will ideally need a minimum of 10 per cent, and with the average house price now at £281,753, according to Rightmove, that's over £28,000 you could be looking at saving. Even with schemes like Help to Buy lenders require five per cent of the deposit – to the tune of £14,087 based on the average price of UK housing.

So if you are serious about saving to buy a house, you need to look at cuts that could be made in your daily life to bump your funds. Here are just a few ideas for things you could get rid of to save the cash more quickly.

Give up the cigarettes and you could be several thousand pounds closer to your goal.

2. Sandwiches
You know the story. It's a toss up between getting up when your alarm goes off or having a couple of extra minutes snooze. But if you get up later there is less time to make your lunch in advance of work. It's ok though, you can always grab a sandwich or meal deal from the petrol station on the way in.

But take a look at this statistic from the British Sandwich Association: “The British sandwich market bought ‘on the go’ is currently worth £2.8 billion” and in the last 12 months alone 1.69 billion sandwiches were sold ‘on the go’, costing £1.66 on average. Add your drink and a snack to that and you can easily be spending £3 on lunch on a daily basis, for something you could make at home for a fraction of the price. What's that annually? Well £3 a day Monday to Friday amounts to £780 a year.

3. Rent
This is a big one and it is certainly not for everybody but if you're renting you will be well aware of the amount it costs just to keep a roof over your head. In January 2020 the average UK rent for tenancies in was £953per calendar month - £11,436 a year.

So how can you get around not paying rent? If you're lucky enough to live near enough to parents to get to work, it could make sense to move back to the family home for a year.

A survey by the National Housing Federation found that over a quarter of parents (27%) have at least one adult child aged 21-40 living with them at home. Twenty-two per cent of respondents said their children were only living at home temporarily while they saved up for a deposit on their own property. It's not everyone's cup of tea, but it could be well worth it in the long run.

If you can't get away with moving back in with your parents – or you simply can't abide the idea – consider savings that could be made by moving into a cheaper rented property, or flat sharing with someone.

There is no doubt about it, saving for a property deposit can be difficult. However, there are several ways you can save cash more quickly, if you're willing to change your lifestyle.