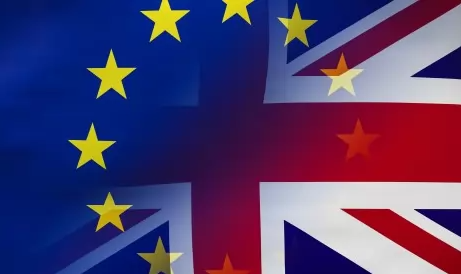 When the UK voted to leave the EU on 23rd June 2016, many were apprehensive of what impact it would leave on the economy. Depending on the final deal that the prime minister secures, we could potentially plummet back into recession again.

Because of this, there were fears that essential elements of the economy would see negative effects, including saving rates, loans and — of course — mortgages.

After the majority of the UK voted to leave the EU, the Bank of England’s base interest rate dropped dramatically to stave off an impending recession. By 2020, it has risen twice and now sits steadily at 0.75%. No one can accurately predict the future of the economy, but, what is known for sure is that Brexit will be a major factor in the movement of interest rates, exchange rates and the UK’s overall economic growth. This will have a knock-on effect, influencing everything from people’s job security to house prices and mortgages.

During this period of uncertainty, average house price growth across the UK is at its slowest in almost six years. The Nationwide reported a rise of just 0.1% year on year in January 2019. Because of this lack of growth, there has been a recent spike in the number of people entering into a mortgage.

On the one hand, this can be seen as a positive as there is an increase in people buying homes. However, on the flip side, mortgage rates have been decreasing drastically. This could mean that more people will struggle to pay off their mortgage and be trapped in their deal longer than they expected, leaving them dubbed “mortgage prisoners.”

This will mainly impact those looking to move out of their home, leaving them tied into a long and expensive mortgage due to declining rates and strict borrowing criteria from other lenders. It will also keep existing mortgage prisoners in limbo, although the FTA is working on solving this problem.

This isn’t the most promising news for the residents of the UK, as a potential rise in interest rates is still possible.

As of now, the country is still within the Brexit transition period with the EU. The government has set out to finish this transition by December 31st, 2020, giving them eleven months to develop the future relationship between the EU and UK.

Doing so means a trade deal will need to be created and agreed upon, ensuring a beneficial deal for both parties. Until then, the impact on the economy remains unknown, including the future of the housing market.

It is fair to assume that — for now — the mortgage market will still be highly competitive due to the high demand for housing within the UK. However, the overall impact that it could have on mortgage rates are also still unknown. Many residents of the UK are preparing for the future and seeking advice to prevent increasing payments when taking out a new or larger mortgage.

This includes following measures such as taking out a fixed-rate mortgage to ensure that if interest rates do rise they remain unaffected and are able financially stable. The ability to do this, however, will depend on the risk profile of the customer and the loan value of the mortgage.

In these uncertain times, it is clear that the best way to ensure you’re securing and retaining the best mortgage deal is to remain up to date on the latest information on the subject. It is also essential to keep a handle on your own personal finances, whether this is through opening a savings account or performing a money makeover. This will ensure you’re prepared for whatever Brexit throws at the housing market.