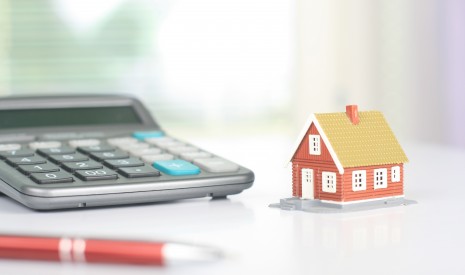 Just two months after the Conservatives secured their first majority government in nearly 20 years, Chancellor of the Exchequer George Osborne took centre stage in the House of Commons to deliver an emergency Budget. Despite promises in their manifesto surrounding mortgages and the property market, there were very few announcements on these topics, with pension reforms and taxes taking more of the focus. Although this may be worrying to those hoping to kick-start the process of buying their own home, we explore the changes that were announced and how they will affect the property market and those looking to secure a mortgage.

During the run up to the General Election, the Conservatives were keen to reiterate their support for those looking to own their own home, and one of these measures was the continuation of the Help to Buy scheme, which came in two parts. The mortgage guarantee part, which allows lenders to buy a guarantee on a mortgage, will end at the end of 2015, however, the Help to Buy equity scheme, which helps those with smaller deposits, has been extended from 2016 to 2020.

In the March Budget, George Osborne announced a new addition to the scheme, a Help to Buy ISA which allows people to save up for their first home by boosting £12,000 of savings with a maximum bonus of £3,000 provided by the government. Although the Chancellor only briefly touched on these plans during the emergency Budget, a government document released after the speech detailed when the ISA would be rolled out. First-time buyers will be able to start saving using the Help to Buy ISA from the 1st December 2015 at participating building societies and banks, where they can deposit an initial £1,000 to start off their savings and then up to £200 per month thereafter.

Opinions on whether or not the Help to Buy ISA will actually help the housing market are widely divided, as while many believe it gives first-time buyers the push many of them need to get on the first rung of the property ladder, others believe it could distort the housing market by pushing up prices. Only time will tell whether this is true, but there is no doubt that it provides an added incentive and much needed boost to people’s savings.

Under the current rules, people who buy a home then let it out can currently offset their mortgage payments against their income, something which outright homeowners aren’t able to do. However, George Osborne yesterday spoke about creating a “level playing field” for both homeowners and investors by introducing a cut to the amount of tax relief that can be claimed. These changes will be introduced from April 2017 and then slowly phased in over four years, and will see the amount of tax relief that can be claimed set to the same level of income tax. Those who take out a mortgage and buy a house outright with the intention of letting it, may be put off by these plans as it means they will have to pay more for a house they don’t live in.

Some experts have expressed fears that the changes will affect tenants the most, as the prospect of decreased profits for landlords could cause a hike in rent prices. However, some are arguing that the announcement will work in the favour of first-time buyers. At the moment, those looking to get on the property ladder find themselves in competition with landlords and those looking to invest in properties, and the housing market is currently experiencing a serious case of greater demand than supply.

Also absent from the Budget was any announcement to build new houses in the UK, which was rather concerning, considering that there are more people looking to buy houses than there are homes available. In their manifesto, the Conservatives promised that they would build an additional 200,000 starter homes specifically for those looking to join the property market, but there was no mention of putting these plans into action during the Chancellor’s speech. This could cause problems in the future if more new homes aren’t built to compensate for increased demand, although it may be something that is high on the government’s to-do list, particularly with all the encouragement to get on the property ladder.

As we said earlier, the emergency Budget didn’t really touch on the subject of housing, however this doesn’t necessarily spell disaster for those who are hopeful about taking out a mortgage. The old saying of no news is good news may apply here, as the lack of shocking announcements means that the government isn’t planning on halting or changing their current schemes that are helping first-time buyers get on the property ladder. Consider this something of a silver lining to the emergency Budget, as it shows that, along with a confirmed starting date for the Help to Buy ISA, the government is still focused on helping first-time buyers.