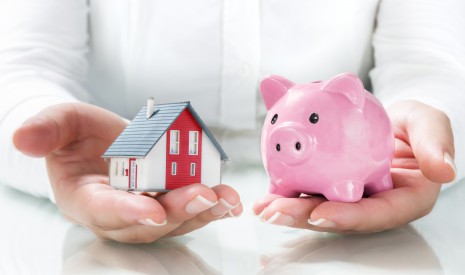 The dust has finally settled on one of the most unpredictable General Elections in living memory, which saw the first Conservative majority government for nearly 20 years. While issues surrounding the NHS and immigration were certainly hot on everyone’s minds, those with ambitions of owning their own homes one day will be wondering if the new government will be able to turn those dreams into a reality. The newspapers are always reporting about the “state” of the housing market with increased doom and gloom, which is no doubt putting off many people. In fact, a report by Halifax found that 21% of first-time buyers believe it will be “virtually impossible” for them to secure a mortgage.

However, contrary to what the doom-mongering national press would have you believe, numerous measures have been taken to help people gain access to a mortgage, and this was something that the Tories were keen to emphasise during their recent election campaign. With certain promises being made, let’s take a look at exactly what the new Tory government will mean for those property buyers who find themselves daydreaming of paint samples and carpet swatches.

The first phase of the Help to Buy scheme was originally launched by the Tory-Lib Dem coalition government in April 2013, and was designed to help people get on the property ladder. The equity loan part of the scheme is where you can purchase a home with only a 5% deposit, and the government will lend you the remaining 20%. According to the Department of Communities and Local Government, 47,018 properties have been purchased through the Help to Buy scheme in the first two years.

The Loan Equity scheme was due to end in December 2016, but in March 2014 Chancellor George Osborne announced it would continue until at least 2020, which is great for those who are hoping to get on the first rung of the property ladder in the next few years.

While the paperwork can be stressful and the wait can be agonising, often the most difficult part of buying your very own home is saving up for the deposit. Building up enough savings to lay down a deposit may seem like a breeze in your head, but in reality it can be like trying to climb Everest. In an attempt to boost the savings of those trying to buy their own home, the government has announced a new arm of the Help to Buy Scheme, called the Help to Buy ISA. From autumn 2015, hopeful first-time buyers will be able to pop down to their bank and open a new account.

All you will have to do from there is make regular monthly contributions to the savings account. There’s no minimum amount, but you can save up to £200 every month. The best part is that the government will boost your savings by 25%, up to a maximum of £3,000. That means that if you manage to save £12,500 towards your first home, the government will bump that up to £15,000.

A problem faced by many first-time buyers is that many are simply out of their price range, but in their manifesto the Conservative party pledged that they would build an additional 200,000 top-quality Starter Homes over the next five years. These homes would be reserved exclusively for first-time buyers under the age of 40 and would be sold at 20% less than the market value. For any young people looking to break away from renting and get themselves on the property ladder, with the view of moving into a bigger house in the future, keeping an eye on the building of Starter Homes in your area will give you an idea of when to kick-start the mortgage application process.

For every person looking to buy a house, the subject of mortgage rates will be of constant interest. The thought of rising mortgage rates can worry homeowners but prior to the General Election, David Cameron reaffirmed his pledge to keep mortgage rates low. He claimed that the historically-low national cash rate in Britain, which is set by the Bank of England and currently stands at just 0.5%, was due to the deficit reduction efforts of the coalition government. While those who are trying to boost their savings won’t be particularly amused, the idea of continuing low mortgage rates will be music to the ears of anyone looking to make a move up the property ladder.

What does this mean for me?

In a nutshell, the outlook appears to be brightening for first-time buyers! All of the government plans mentioned above have been designed with you in mind, and aim to get you onto the first rung of the property ladder. With youngsters now being nicknamed “Generation Rent”, it’s no wonder that the new Tory government is keen to give people enough support to free them from the clutches of landlords and help them to lay some firm roots.

Buying a house can be nerve-wracking and stress-inducing enough as it is, so making sure you gain as much expert help as possible can help to alleviate some of those feelings. Knowing that you have that extra little bit of support when it comes to saving and weighing up the best mortgage deals is invaluable.

Don’t be tempted to go it alone. There are plenty of excellent professional mortgage advisers out there who will give you the best possible advice. Just enter your postcode, and mylocalmortgage.co.uk will generate a list of trusted mortgage advisers in your area.