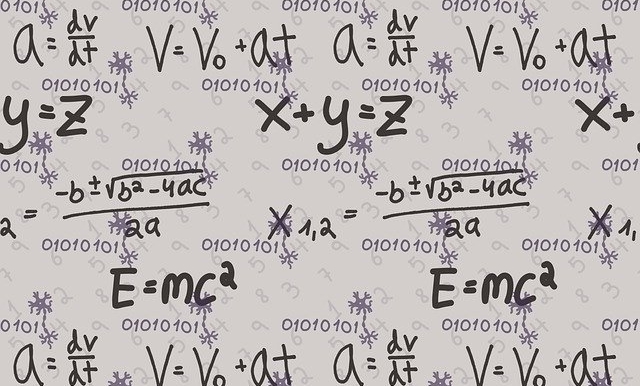 What is a Standard Variable Rate?

A standard variable rate (commonly abbreviated to SVR), is the interest rate your lender charges once an initial discounted, fixed or tracker rate expires. This means that the headline interest rates that you often see lenders advertising only tell part of the story, and the true lifetime cost could be much more expensive if you weren’t to remortgage at the end of your introductory deal.

To illustrate this in a hypothetical situation:

A mortgage company might be offering a fixed rate deal of 2% for 3 years, and then moving to an SVR of 4% when this fixed rate period ends. This would mean you’d be paying a 2% interest rate for the first 3 years of your mortgage, and 4% for the remainder of the mortgage, which could be 30+ years depending on the term of your loan.

In this scenario it’s key to note that the SVR of 4% isn’t fixed, and the ‘variable’ part of the SVR means it’s subject to change based on economic and lender factors (more on this later!)

How Does a Standard Variable Rate Impact the Cost of a Mortgage?

As lenders set the SVR at a higher rate than the fixed or tracker deals offered for the initial period, it’s important to understand that mortgage payments will nearly always increase when the standard variable rate kicks in. In the above example, you can see that just from letting the initial deal rate expire and moving on to the SVR, the monthly mortgage payments would jump up by £270 per month.

This is before you take into account the risk of SVR increasing even further, which lenders regularly do (see ‘What causes a standard variable rate to change?’)

This risk is often downplayed with statements such as ‘you can always remortgage when your initial deal ends’, however it’s important to understand that a remortgage isn’t guaranteed, so it’s wise to ensure that you would be able afford the monthly repayments if you ended up having to remain on the standard variable rate for the longer term, and even running the numbers to see what would happen if the SVR was to raise to some of the historical high levels.

What Causes an Standard Variable Rate to Change?

The key word here is ‘variable’, and it’s important to understand that this rate isn’t fixed and will often change throughout the lifetime of a mortgage. Each lender has a unique standard variable rate, and they are able to raise or lower this rate at any time, by as much as they wish.

So not only is the SVR likely to be more expensive than the initial fixed or discounted rate you signed up for, there’s a possibility this rate will be even higher for periods during the loan lifetime. There’s a generation that will remember interest rates hitting 15% in the late 80’s, and anyone sitting on an SVR back then would have seen their monthly mortgage payments go through the roof!

There are several factors that can cause lenders to change their SVR, however the most common is when the Bank of England changes the interest rate that they use to lend money to other banks. For example, when the Bank of England increased the base rate from 0.5% to 0.75% in August 2018, 43 out of 87 mortgage lenders increased their standard variable rate by at least the same amount.

Whilst changes to the Bank of England base rate is the key factor that drives lenders to adjust their SVR, there are other circumstances where the rate may be changed, these include:

- If inflation is driving up a lenders costs, they may increase their standard variable rate to counterbalance this additional expense

All these formal factors aside, if you are on a standard variable rate you are completely at the discretion of a lender as to whether they increase or decrease this interest rate. Of course market competition typically keeps the lender's SVR levels in line with each other (not many borrowers would sign up to a lender with an excessively high SVR!), however this doesn’t protect borrowers from the entire market moving upwards.

It’s worth noting that many lenders include ‘collars’ and ‘ceilings’ in the terms of their standard variable rate.

A collar is a minimum level below the Bank of England base rate that a lender will charge you, which protects lenders from rates being dragged too low by market factors. For example, if a lender had a collar of 0.25% below the BoE base rate, then you would never end up paying less than a quarter of a percent below the Bank of England base rate , even if other lenders were offering heavily discounted SVR rates below this level.

The key thing to note is that standard variable rates can and do change, and it’s rarely in favour of the borrower. So while there are benefits to the flexibility of being on a SVR (see ‘Are there any benefits of being on an SVR?’), it also puts borrowers in a position of financial uncertainty as there are no guarantees of what monthly mortgage repayments will look like down the line.

What does it mean to be ‘stuck’ on a standard variable rate?

With the higher interest rates and the tendency for these rates to change, it’s generally considered the right move to remortgage in order to get off a standard variable rate and move onto a fixed deal (although keep reading for some exceptional circumstances where it can be smart to remain on an SVR). At the same time, it’s not guaranteed that every borrower will be able to get a new mortgage, and in a scenario where a borrower is unable to remortgage their loan, they are deemed to be ‘stuck’ on an standard variable rate

There are several reasons that can cause this to happen, these include:

There are mortgage products available for borrowers with credit issues, however these are typically sold with much higher interest rates to balance the risk the lender is taking. In a worst case scenario; a credit file might have changed to the point where no products are available at all, however it’s more likely that a credit issue would mean that a borrower would need to look at sub-prime lenders, where even the initial deal rates may be higher than the SVR of their current lender. We always recommend keeping a close eye on your credit score.

For example; if you were working full-time on a £30,000 salary when you took out your initial mortgage deal and borrowed £120,000 (4 times your annual salary), but you reduce your working hours during the initial period. Your new take-home salary might be £20,000, and the same lending criteria may now mean that you are only able to borrow £80,000, making it harder to remortgage the initial loan.

This would make it difficult to get a remortgage and you would likely need to remain on the standard variable rate of your initial lender. This is the situation a lot of UK homeowners found themselves in following the 2008 global financial crisis, with some even seeing such a drop in valuation that their mortgage amount exceeded the value of their home (a LTV in excess of 100% is referred to as 'negative equity')

This can be down to your local circumstances, for example if there was flooding in the area since you took your initial deal then lenders may be less willing to provide a mortgage. This can also be driven by issues with the wider housing market, as we’ve seen in the UK with the cladding crisis following the tragedy at Grenfell Tower in 2017. There are many borrowers who took out mortgages on flats and apartments who are now unable to remortgage due to cladding issues, and many of these homeowners will be stuck on a standard variable rate until a resolution is found.

While each of these circumstances is generally unlikely to crop up for the average borrower, they can and do happen, so it’s wise to consider that even if the intention is to remortgage at the end of an initial mortgage deal period, there’s a chance that you may up on the lenders standard variable rate for longer than you might like.

This is why a good Mortgage Advisor will always assess the affordability of a mortgage on both the initial rate and the SVR, and why a savvy borrower will always make sure they are prepared for a ‘worst case scenario’ of being stuck on an standard variable rate.

Are There any Benefits of Being on an Standard Variable Rate?

As a fixed, discounted or tracker deal will typically mean lower monthly mortgage payments, it’s generally considered the right move to remortgage as soon as your current deal comes to an end. However, being on a SVR provides a level of flexibility that you don't get when you are tied in to a fixed deal, and therefore there are some circumstances where sitting on a lender's standard variable rate is actually a better option for the borrower.

For example, in the following scenarios it may make more sense to remain on the lender's SVR:

As you can see, there are plenty of situations where sticking with a lender's standard variable rate may be the better choice, so it’s not always a clear-cut decision to remortgage. This is why we recommend seeking out expert advice from a local Mortgage Advisor (or consider having a free telephone consultation with our partners at Fluent Mortgages).

Should I Remortgage to Switch From a Standard Variable Rate?

Here at MyLocalMortgage one of our foundational beliefs is that every borrower's circumstances are different, and tailored advice is always needed when making a decision as big as taking out a new mortgage loan. With this in mind, we’d recommend connecting with a Mortgage Advisor who will be able to assess your situation and look at what deals match your affordability and credit eligibility.

In most circumstances they are likely to advise that you switch from your standard variable rate by remortgaging, but as you’ve seen above; this isn’t guaranteed and it’s worth sitting down with an experienced broker who can talk you through the options.

Some of the key areas they will look at with you:

A Mortgage Advisor will bring experience, knowledge and a broader perspective to each of these points, which is why we always recommend seeking out expert advice. If you don’t already have a relationship with a Mortgage Advisor, just use our handy tool to find an expert working in your area, or have a free telephone consultation with our friends at Fluent Mortgages.

How Do I Remortgage to Get Off a Standard Variable Rate?

Once you’ve answered the tricky question of if you should remortgage, the how you remortgage is relatively simple. If you’ve sought the advice of a mortgage specialist then they will guide you through the process, providing the lender with the information they need to complete the deal.

A remortgage is generally a much simpler process than when you initially buy a property, as a lot of the documentation is already in place. A valuation will be required, but this doesn’t necessarily mean a home visit for a detailed inspection; many lenders will use a ‘drive-by’ valuation to confirm everything checks out.

If you don’t already have a Mortgage Advisor in place to guide you through this process, we’d recommend speaking to our partners at Fluent Mortgages for expert advice over the phone. Alternatively, use our free tool to find a Mortgage Broker in your area.