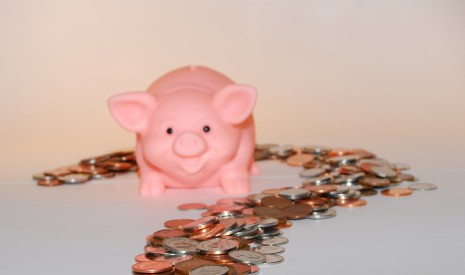 There's nothing like making a significant cash saving to make you feel like you're winning at life. Especially when you manage to save money without making any negative changes to your lifestyle. However, the Telegraph newspaper recently published an article stating that millions of homeowners in the UK could be saving sums up to a whopping total of £85,000 simply by switching their mortgages. So why aren't we?

Research by HSBC found that around 40 per cent of people with mortgages are simply sticking to the standard variable rate offered by their lender, rather than sourcing a better deal. But right now could be a good time to make that decision to remortgage, because as the economy recovers, banks are launching a plethora of new deals, competing against each other in a “rate war”.

At the time of writing the Telegraph reported a drop of £1,700 for a £200,000 five year fixed rate mortgage. According to figures published by the newspaper, borrowers of a £200,000 mortgage could switch to a lifetime tracker loan and save up to £85,000 over the lifespan of the loan.

"Can I switch my mortgage?"

The forty per cent of people who are sticking to their lenders' current standard variable rate really could be missing out on opportunities to make decent savings. However, it is understandable that you might feel reluctant to make the change.

With all the recent propaganda in the news about stricter lending criteria and borrowers being denied cheaper mortgage rates, you might feel as though it is a hassle to move your loan, and you might even be denied the privilege. Typically, home buyers move onto their lender's standard variable rate when their original fixed rate ends. What this means is that your monthly mortgage payments may vary based on the base rate. Before the original fixed rate ends you may have to pay early repayment penalties; but once it you are on the SVR you are usually free to switch without issue.

Some borrowers may face difficulties moving to a different lender who will operate based on the new, stricter lending criteria, especially if they have taken on more debt. But staying with the same provider could mean not needing to go through affordability checks.

One thing is for sure though, if you don't explore the options for remortgaging you will not make any savings. And heading into 2016, with interest rates anticipated to start rising slowly but surely, your SVR could start to increase, costing you more money every month.

Considering a switch? It could be time to act now to save cash, before rates start rising and while banks are offering very competitive deals. Check your options with an expert, FCA-accredited mortgage adviser.